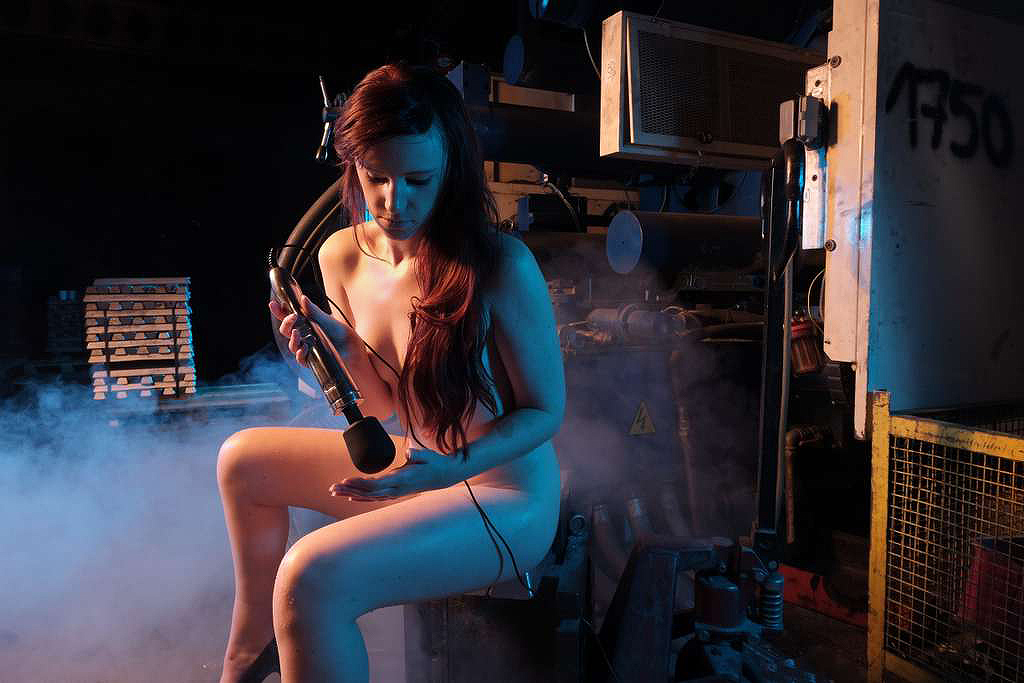 One of a set of four stunning images photographed by ArtNudePrints photographer, John Coles, formed the background for the North American launch of the gorgeous Doxy Die Cast massager.
The owners of the Doxy brand were keen to establish the 'Made in Britain' image of the beautiful and sculptural product, and working directly in the factory, with a two-hour timeslot after hours, John captured a set of four classic images showing the Doxy from raw ingot, through casting, polishing, and testing.
Model, Yasmin Hunter, carefully chosen by John, and marketing director William Garfield, had to tolerate being covered in greasy clothes, working in a vast foundry casting machine next to naked flames, and - finally - working naked in the middle of the factory floor as she 'tested' the massager.
The launch of the Die Cast was held at the prestigious ANME show, Los Angeles.